We have completed work on the historic Lancaster Bridge in Carroll County IN, with its cast iron abutments

The Lancaster Covered Bridge is over 130 years old and has had water over the floor a few times over those years.  The last flood required the county to spread out stone on the floor of the bridge to weight it down so that it would not float away.  It also has cabled tie downs on it to the steel structure below it.  It is over wildcat creek in Carroll county and this creek got its name by being truly a wildcat.

Originally the bridge was built on patented cast iron abutments, shortly after the bridge was built, some modifications were needed to keep the roadway at each end of the bridge.  One of the modifications we found was the erection of a brick wall about 3′ thick behind the North abutment, which required us to dig by hand to remove the cast iron pieces to keep from damaging the cast iron.  We also discovered the patented tie rod system was not built to the planned patent.  Instead of the tie rod system all bolting from one wing and abutment together, they were all tied together by being “tied” back to one central tie location. You can see all of this and more by exploring the photo albums below.  There is one for the superstructure (covered bridge alone), and one for the substructure (cast iron abutments).

The Lancaster Bridge, is one of only a few that ever had cast iron abutments.  They required removal and straightening and or repairing of each panel.  As you can see in the picture on the left, they are wide panels all bolted together to form the abutment that the bridge sits on. 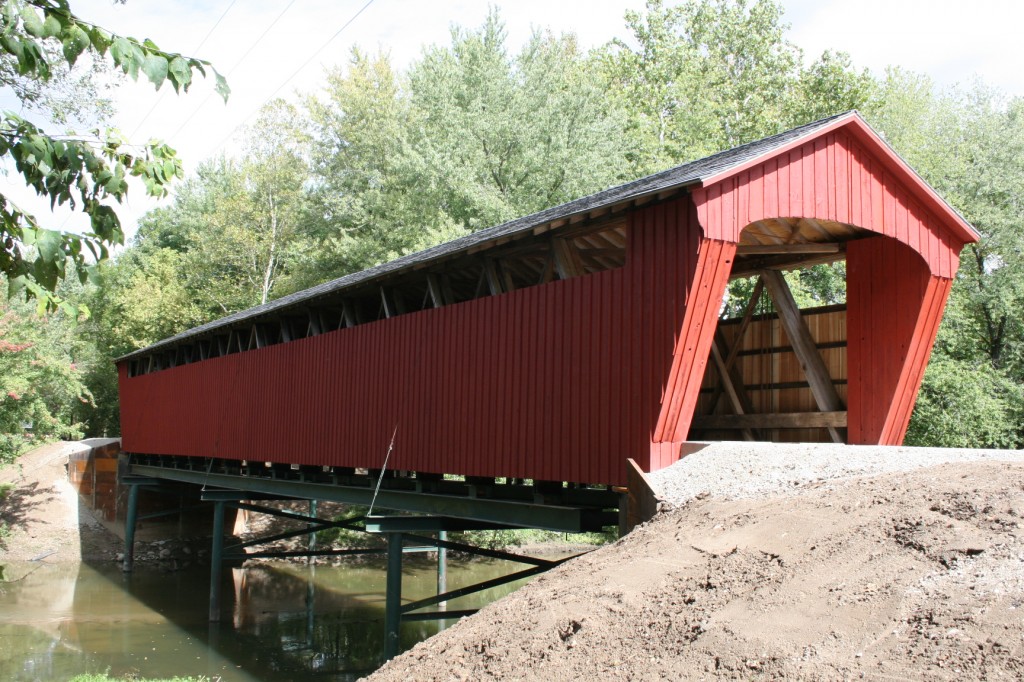