The Williams Covered Bridge is located just outside of the small village of Williams Indiana, along Indiana state road 450.  It crosses the east fork of the White River, just downstream from the Williams Dam, which used to be a electric power generating station.

CLR Inc. won the bid to do repairs to the bridge in 2012.  Working with Dan Collom of Square and Level Construction, some upper chord repairs were made along with new siding on most of the bridge, and some of the floor was replaced.  Also about 1/3 of the roof was replaced, so the timber structure and floor would be fully protected against rain and snow.

As with most covered bridge restoration work, the Williams Covered Bridge was treated with a fire retardant in an effort to lower the risk of the structure being damaged by vandals. 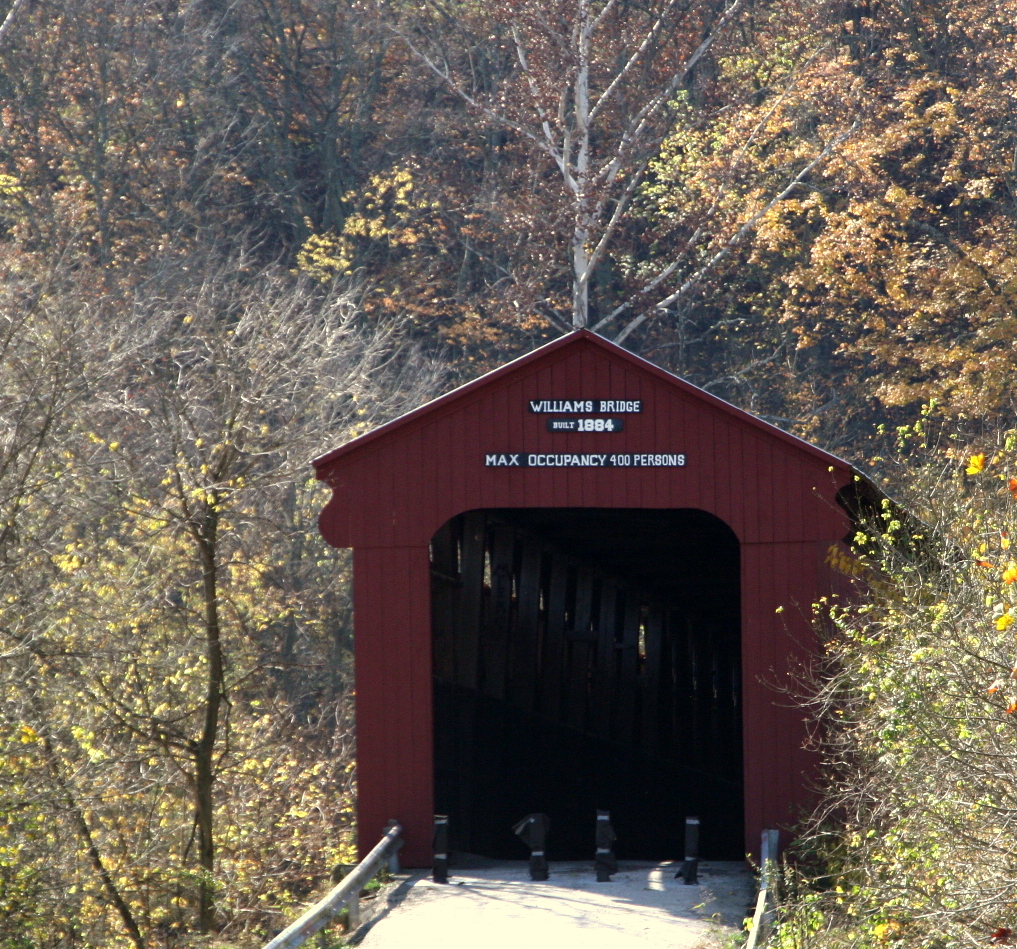