We performed some much needed repairs to The Medora Covered Bridge in 2007.

CLR Inc. installed a metal roof over the existing, shaker shingles that are leaking and allowing rain and snow rot the flooring members of the bridge.  Although this is a temporary fix, it will keep the remaining members from deteriorating further.

CLR Inc. also installed some steel piers under the Eastern most span, that spans over a land portion of the bridge.  These steel piers consist of helical piles that are ‘screwed’ into the ground and a concrete foundation poured on top of four of these helical piles, then steel pipe with cross bracing and steel plates top and bottom.  These were then screw tightened up to the lower chord of the bridge to support the bridge at critical points.  CLR also added some supporting members to the arch rings at the point that they connect with the abutment.

This was a locally funded project with Jackson County Indiana, and J.A. Barker of Bloomington Indiana providing the design.

CLR returned a couple years later to do a more total restoration on the Medora covered Bridge.  Removing the steel supports that we had installed just a few years ago, thanks to historical funding, INDOT was able to fund most of the money to rebuild much of the historic bridge.

Removing major sections of lower chord and almost all of the siding, leaving some of the old original siding at the portal end so visitors can see how they have worn over the many years they have been in use. 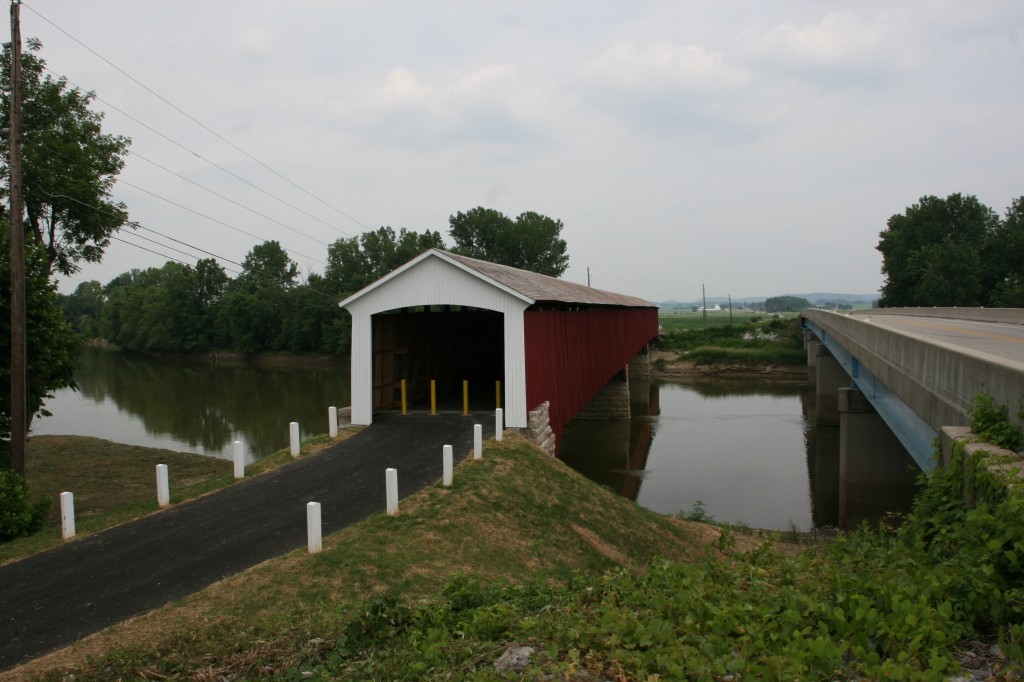 The Medora Covered Bridge: The longest historic covered bridge in the U.S.